A $9 billion decline in goods exports to China in a year may seem like just a number, but that total is comprised of small companies across the United States struggling to make difficult decisions in the face of tariffs.

The past ten years of growth in exports from US states to China paints a rosy picture, with growth numbers in the triple digits and year-on-year increases measuring in the billions. The past year, however, revealed a darker image.

In 2017, the United States exported a record-breaking $127.9 billion worth of goods to China, covering everything from soybeans to aircraft. The following year saw a significant decline, shaving off $9 billion worth of goods. While the impact of export declines like this are crystal clear to policy and business folk in Washington, it doesn’t translate as obvious to the day-to-day lives of typical Americans. There’s more than just numbers to an export report like this. 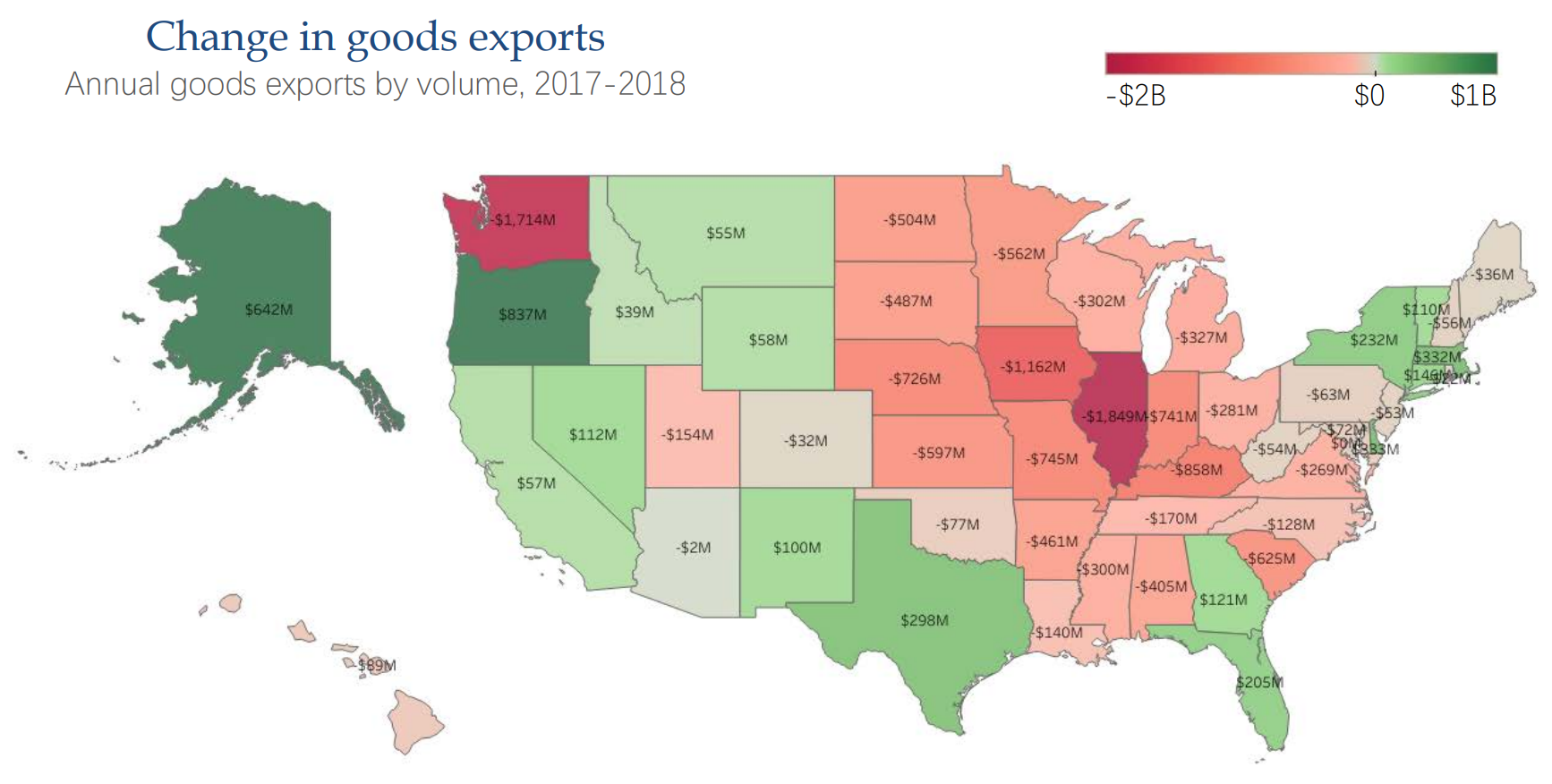 States whose top exports are steel and aluminum products, as well as agriculture products to China, were hit the worst.

Take the most obvious example—farmers. By enacting a range of tariffs on Chinese agricultural goods, resulting in foreseeable retaliatory tariffs from China on American agricultural goods, the Trump Administration dealt a significant blow to Midwestern farmers. These tariffs, which in effect raise the prices of American agricultural products like soybeans, do more than make Chinese buyers pay more. They make them look elsewhere to places like Brazil. In the last quarter of 2018, China doubled its soybean imports from Brazil compared to the same period in 2017. Although a truce led to the resumption of some purchases, the 2018 totals for Chinese imports of American soy were about half those of 2017, a devastating blow to an industry that accounted for 60 percent of US agricultural exports to China.

The collapse of these purchases, compounded by historic flooding in the Midwest, have farmers in a rut. Their incomes have dropped significantly, holding down overall US personal income growth in the first quarter. In response, the Trump Administration authorized some $12 billion in aid to US farmers in an attempt to patch up the economic holes the tariffs had created in the first place. While a trade agreement is expected to include purchases of US agricultural products including corn and soybeans, relief hasn’t come quickly enough for farmers, and most still won’t recoup their losses. 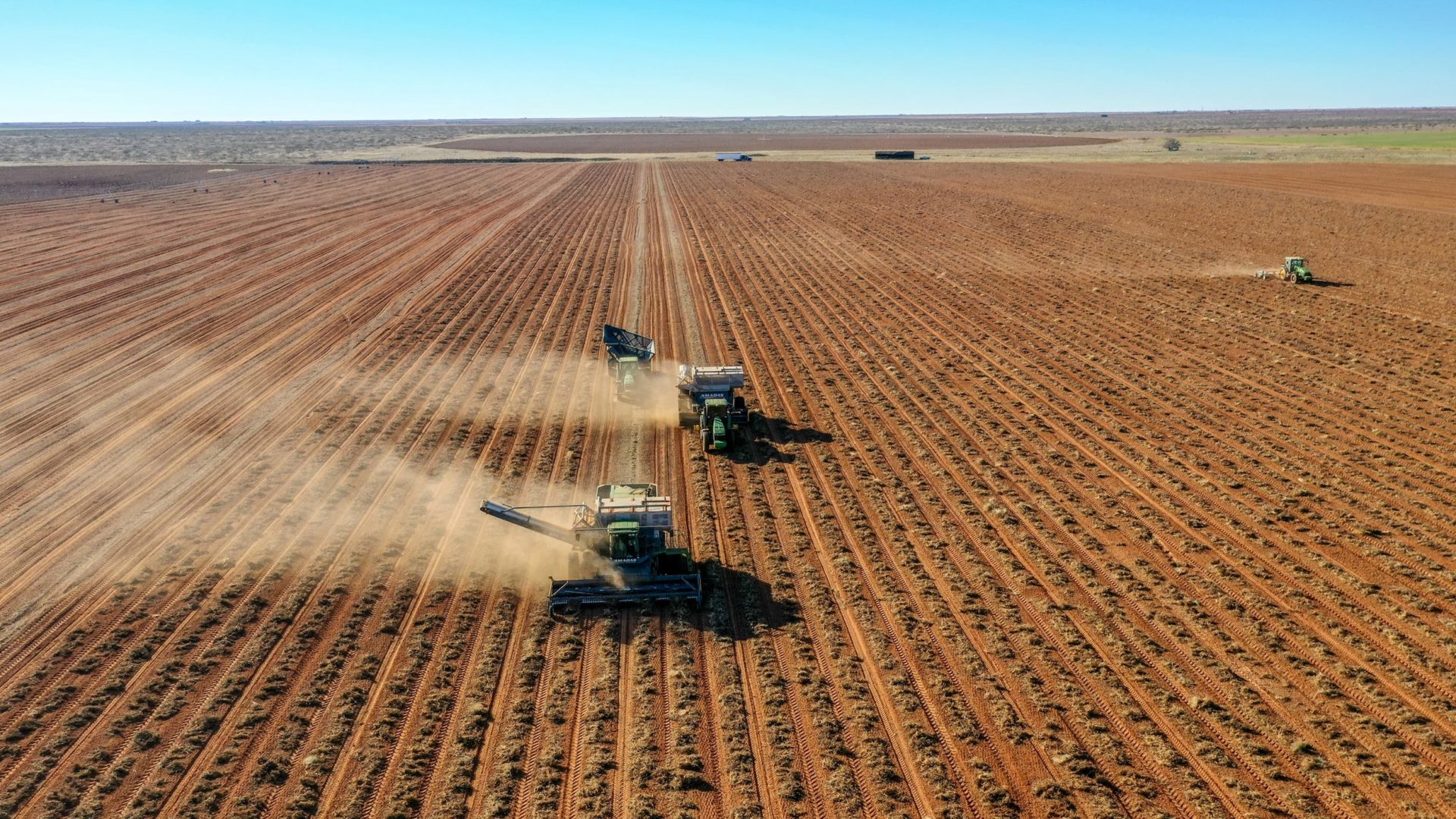 With some 85 percent of goods exported to China facing some kind of trade barrier or restriction, the story spills over from agriculture into other industries. Compounding the pain of farmers shaving off their orders, farm equipment manufacturers also took a hit as the prices of steel and aluminum have increased due to separate tariffs. These steel and aluminum tariffs, enacted under the auspices of national security through Section 232 of the Trade Expansion Act, have had negative impacts on more than just farm equipment manufacturers. With these tariffs imposed on incoming raw materials, US companies that use them as inputs for finished Made-in-America goods have borne the brunt.

In Indiana, Brinly-Hardy has been making farm and garden appliances since the early 1800s. After making it through the turbulence of the Civil War and the Depression, the company is facing down another threat to its continued existence. The company had to lay off 75 workers from its local production as the price of the steel used to build the products has risen by more than a third. 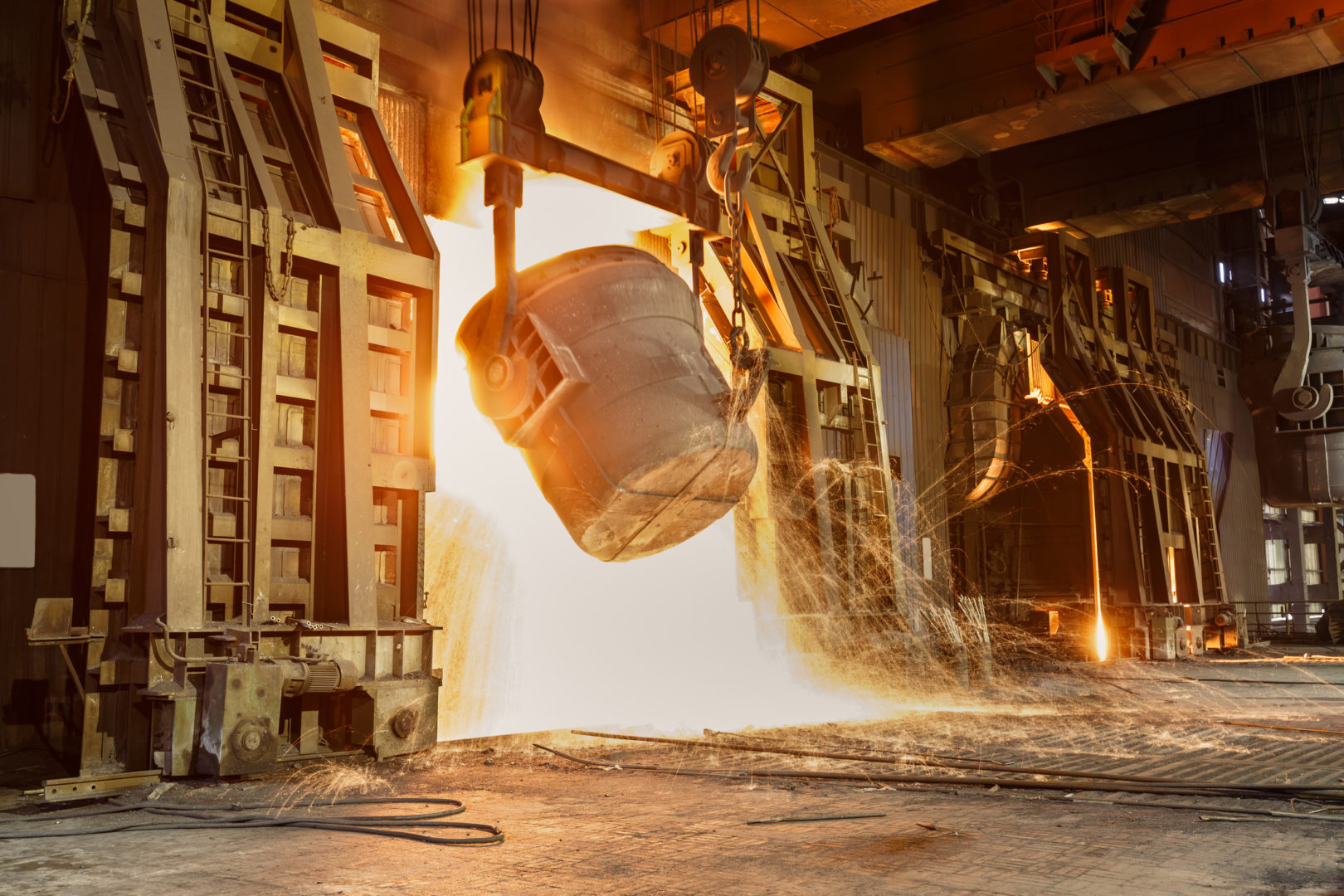 Pennsylvania-based American Keg is the last US-based company using American steel to manufacture beer kegs. As foreign steel prices were pushed upwards by tariffs, domestic steel prices followed suit, inflicting secondary damage on companies that use American steel. These higher prices have forced the company to tighten its belt as it loses customers. Even worse for the company, the tariffs target source materials like steel and aluminum, but not finished products like the kegs that foreign competitors might be making.

In Maryland, where goods exports to China contracted by $72 million last year, Independent Can Company is facing a crisis caused by tariffs as well. The company, founded in 1948, can’t afford to pay the highest costs on imported steel, yet domestic steel manufacturers don’t provide the kind of inputs they need, leaving them in a bind. The company’s CEO, Rick Huether has said they would be happy to purchase more from US Steel, but they don’t offer steel coils big enough or of high enough quality to use. After having submitted 40 petitions for tariff exemptions to the Commerce Department, “the uncertainty is killing us,” Huether said.

These tariff-induced crises are not unique. Some are existential, as companies consider layoffs and even shutting their doors, especially as the tariff rates on several hundred billion dollars worth of Chinese imports were hiked from 10 to 25 percent on May 10.

A $9 billion decline in goods exports to China in a year may seem like just a number, but that total is comprised of small companies across the United States struggling to make difficult decisions in the face of tariffs. Many will not recover for several years if at all.