Adapting for China? Winning Brands Don’t Seek to be Understood, but to Understand

Lessons learned by established Western brands that have successfully adapted for the Chinese market.

Modernization does not equal Westernization. This is the fundamental lesson that global brands are slowly (and sometimes painfully) learning as they attempt to build popularity in China today. Global brands often conflate the two concepts, and the missing link is a deep cultural understanding of consumer purchase motivations.

Well-established global brands often underestimate the importance of this. Decisions are driven by a lingering temptation to rest on the laurels of legacy, yet the path to success in China necessitates humble acceptance that the company is entering the market on the back foot.

Compared to other markets, China is indeed a tough nut to crack.

The world of social media is governed by new powers; Xiao Hong Shu, WeChat, and Douyin, among others, replace the global superpowers of Facebook and Google. Protection laws may not have the clout brands are accustomed to, as Chanel recently found out upon losing a court case to a jewelry seller claiming his products emblazoned with the signature ‘double c’ were not an attempt to copy the iconic brand.

Language barriers and legal hurdles aside, one of the most significant and yet consistently underestimated reasons why global brands struggle in China is simply the cultural difference. Specifically, many fail to acknowledge that consumers in the Chinese market often have entirely different mindsets and motivations to those in the West.

Brands have learned there are China-specific standards that must be upheld. In fashion, for example, simple criteria include meeting Asian sizing requirements (a Western small is typically a medium in China) and manufacturing clothes with shorter sleeve lengths to accommodate body shape, as well as introducing China-specific lines that speak to local fashion trends. Where many brands have flouted these golden rules and failed, Zara has embraced them and is steadily building its market presence, despite the looming threat of fast-growing, tech-savvy local brands such as Heilan and Septwolves. These brands have around ten times more stores than Zara and H&M and enjoy considerable investment from major Chinese companies such as Tencent. For Zara, a delicate balance is at play: on the one hand maintaining the essence of a global brand, but on the other, adapting to satisfy the high expectations of Chinese consumers. 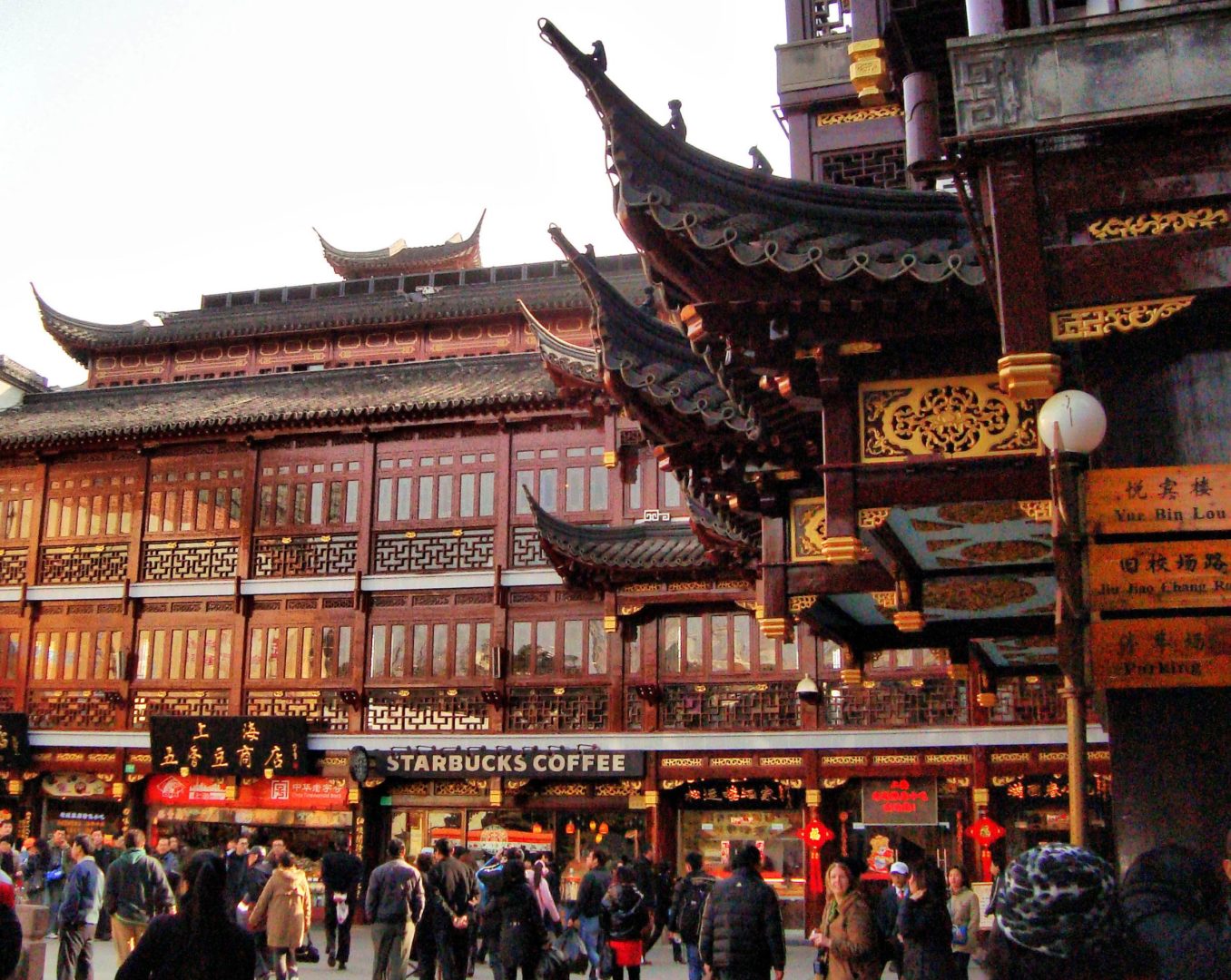 When it comes to getting the basics right, Western brands would do well to partner with local counterparts.

When it comes to getting the basics right, Western brands would do well to partner with local counterparts. When Starbucks first entered China, decisions were delegated to Maxim Caterers, Starbucks’ Hong Kong-based joint venture, and the company also partnered with mainland local chains, such as Mei Da from Beijing. Just as the initial founder of Starbucks changed much of his Italian-inspired concept to cater to the American market, so the brand humbly altered much of what makes the chain resonate with Americans for the Chinese market. Single chairs were exchanged for long, communal benches to allow large professional groups to flaunt their new generation co-working approach in public. The menu was overhauled to introduce more extensive tea and snack options, stores made space for logo-emblazoned accessories, and an office delivery was set up. Thus, in a move that Tom Doctoroff, author of What Chinese Want, claims is “one of the great Houdini acts of marketing,” Starbucks has successfully opened 3,300 stores in a market still not particularly keen on ground coffee.

Starbucks’ success illustrates that a unique, differentiated proposition is futile unless it is localized to consumer tastes and satisfies their basic requirements. The more established the brand, the more room they have to play, but until consumer trust is established, brands can never be too attentive to local customs.

Recognizing the need for behavior change

Unlike service brands such as Starbucks, who can moderate their offering to accommodate local tastes whilst keeping their core product, fast-moving consumer goods (FMCG) brands are often faced with the challenge of introducing an entirely unfamiliar product into the market with no room for modification. Such was the case with Pampers when it launched in 1997 in China as an entirely new concept. P&G’s attempts to sell on price alone failed; despite being cheap, diapers were seen as white elephants, because mothers had no reason to believe diapers were superior to kaidangku (split pants), which allow infants to freely relieve themselves while put into a squat position by their parents. In fact, this method often potty-trains Chinese children quicker than their diaper-clad counterparts in the West due to the memory structures created by the repeated squat ritual.

For all Western brands adapting for China, understanding such deep-seated purchase motivations can be the difference between success and failure.

When the local norm is to let your children run free, wrapping them in plastic is not seen as an act of parental kindness. But all this changed a decade later, when P&G re-launched with the campaign “Golden Sleep,” which claimed babies in diapers sleep better, helping them develop faster and achieve more at school. Behavior change was an essential step on the road to success, but the key to implementing that change came from something else. In the early 2000s, a mother’s desire for her child to sleep well was rooted in her most fundamental desire at that time: for the child to perform better and ultimately to succeed. Today, the diaper industry in China is worth $8.24 million and is enjoying a projected growth of 7.1 percent per year. It pays to understand your target’s motivations.

For all Western brands adapting for China, understanding such deep-seated purchase motivations can be the difference between success and failure. When Marks & Spencer entered the Chinese market, the company assumed its TV dinner propositions (synonymous in the UK with quick, convenient ‘home-style’ comfort food for one) would appeal to the Chinese as an exotic alternative to their own comfort food. However, the ready meal space is crowded in China, from convenience stores offering facilities for the preparation of noodle and microwave dishes on-site, to increasing numbers of Hema stores in which a chef will cook anything you buy for you on the spot. Additionally, it goes without saying that British comfort food is not Chinese comfort food, nor is it necessarily the kind of British food that Chinese people like to try and find ‘exotic.’ As The Financial Times reported upon closure of the majority of the brand’s outlets, “they had existing chains in Hong Kong and Malaysia, and they assumed the model would work for China,” said Matthew Crabbe of consultancy Mintel, adding that “they didn’t really adapt to the needs of Chinese consumers.” Marks & Spencer had failed to reconcile the brand’s distinct role in China with a new set of consumer needs and motivations.

Appearances can be deceiving

Brands capitalizing on industry trends in Western markets often see the same opportunities in China. However, to assume the trends are gaining traction with Chinese consumers for the same reasons as their American or European counterparts would be short-sighted. In beauty, for example, male makeup is gathering momentum around the world and global brands are increasingly looking for a slice of the male cosmetics industry. In Western markets, this growing demand is often attributed to increasing gender fluidity—the demise of the “macho man” stereotype having opened opportunities for creative experimentation. Not so in China, where articulations of the macho man stereotype, though again vastly different compared to the West, can still live in harmony with the concept of male makeup.

For the Chinese, male makeup is just another method of self-improvement, and any man who goes to the gym or studies hard to get a better job is just as likely to embrace BB creams, eyebrow pencils, and even eyeshadow as additional weapons in his arsenal. From packaging design cues to marketing and influencer strategies, this necessitates a very different approach than a Western male makeup brand. As Jiaqi Luo of Jing Daily writes: “Top-notch [Western] male beauty influencers such as James Charles and Gary Thompson (known as the “the plastic boy”) are mostly gay men, and most of their advocacy promotes inclusivity or ‘freedom of expression.’” A brand like M.A.C., for example, emphasizes its openness to all genders in China as it does in the United States, but its male models are typically K-Pop stars such as Zhang Yixing sporting black jeans and bling jackets with makeup used to accentuate his natural features. The experimental glamor and eccentricity of Patrick Starrr’s Youtube collaborations with the brand in the United States speaks to a radically different conceptualization of the role of male makeup in society.

If China is indeed a hard nut to crack, it is in large part due to a fundamental lack of consumer understanding. Brands must look to modernize, not to westernize; listen to locals; and dig deep to find a truly meaningful role for their brand within people’s lives.

In brief, a few words for brands looking to launch in China:

Emily Sheen is a Senior Strategist at Landor, Singapore