How China is Forging a New Global Clean Energy Landscape

China’s leadership in clean energy is transforming the economics of our global energy system, with benefits that extend far beyond its borders. The government recognizes that ramping up clean energy is a crucial strategy for meeting the country’s own environmental, economic restructuring, and energy security goals. But it also understands that clean energy is the largest new market opportunity of the 21st century.

Ten years ago, however, China’s domestic solar power capacity was virtually nonexistent. Then the 2008 global financial crisis hit. International demand for solar panels plummeted as Western countries cut back their solar subsidies, wreaking havoc on the industry. The government responded with a raft of measures designed to create a domestic market for its solar cell and panel manufacturers.

China’s solar and wind boom has been nothing short of extraordinary.

In 2017, China installed as much solar power as existed globally in 2014, accounting for half of all new global installed capacity. China built more solar power in 2017 than any other energy source. In the first half of 2018, China added another 24 gigawatts (GW) of solar photovoltaic (PV) capacity, roughly equal to the total solar installations in India to date. 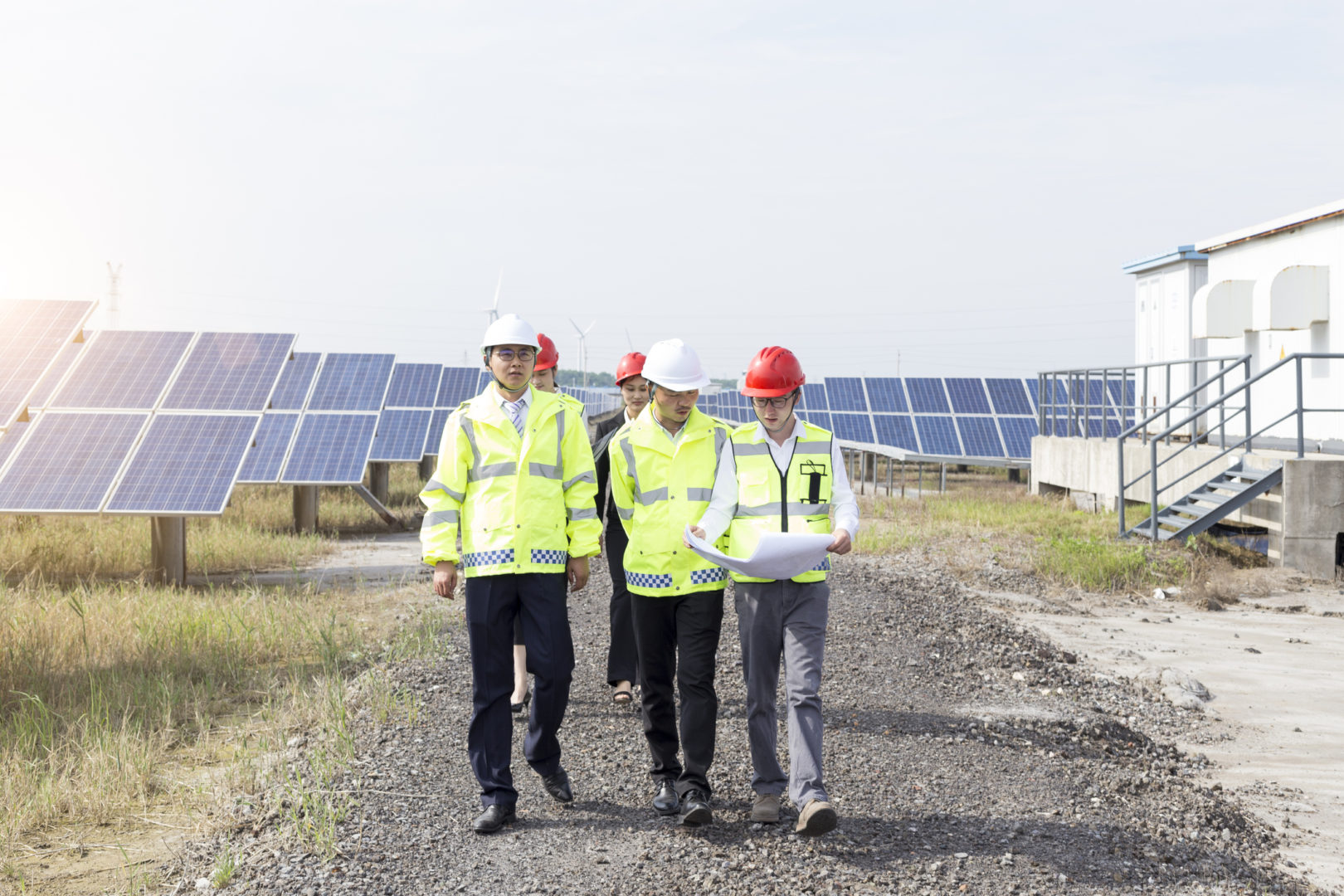 Engineers and technicians survey a solar farm in Eastern China

China surpassed its 2020 solar PV target of 105 GW three years ahead of schedule, bringing its total installed capacity to over 130 GW in 2017. The National Energy Administration responded by more than doubling China’s 2020 target. The new target, 213 GW, is five times larger than the total solar capacity of the United States in 2017.

According to a report by the International Renewable Energy Agency, China installed more wind capacity in the five years from 2007 to 2011 than either the United States or Germany installed in over 30 years of wind power development. Growth continued at a steady pace of about 30 percent a year from 2010 to 2015. By the end of 2016, China had installed nearly 105,000 wind turbines, more than one out of every three turbines in the world. Analysts predict that China could triple its 2015 wind energy capacity by 2030, reaching nearly 500 GW. By comparison, the global wind capacity in 2016 was around 487 GW.

Thanks to China, dreams of mainstream renewable energy are no longer “too expensive.”

China is the leading investor in renewable energy worldwide and has widened its lead over the United States every year since 2009.  It invested $126 billion in 2018; three times that of the United States. It plans to invest another $360 billion by 2020, and an estimated $6 trillion by 2030.

The sheer scale of China’s investment and production facilities is the main reason why the cost of solar and wind around the world has dropped by 80 percent in the last decade. Some experts predict that in less than five years, solar energy could become the lowest cost resource in much of the world. Wind is already the cheapest resource in some markets.

The clean energy revolution offers plenty of opportunities for every country, and every company, willing to pursue them.

But China still faces daunting challenges as it works to integrate wind and solar power into an electricity system, and an economy, that were built on traditional energy resources. Much of the country’s renewable energy is currently being wasted due to regional imbalances, grid inflexibility, and the need for reliable and cost-effective energy storage solutions. Facing massive shortfalls, China is phasing out renewable energy subsidies and plans to launch several subsidy-free wind and solar projects this year.

China’s push to become a global leader in clean technology brings it—and the world— substantial economic benefits. The trade barriers erected by the United States and some other countries in response, however, are not in anyone’s economic interest. In a comprehensive 2017 report, The New Solar System, a group of Stanford University researchers laid out a detailed strategy for accelerating the growth of the global solar industry. They argue persuasively that the best way for any country to derive lasting economic gain from the solar industry is to help maximize the industry’s efficient global growth, pursue technological innovation, and leverage their own comparative advantage. The clean energy revolution offers plenty of opportunities for every country, and every company, willing to pursue them.

Barbara Finamore is a senior attorney and Asia senior strategic director at the Natural Resources Defense Council (NRDC). She has over three decades of experience in environmental law and energy policy, with a focus on China for 25 years. In 1996, she founded NRDC’s China Program, the first clean energy program to be launched by an international NGO.

Her latest book Will China Save the Planet? Is available for purchase on Polity.